← more from
Cascine
Get fresh music recommendations delivered to your inbox every Friday.
We've updated our Terms of Use. You can review the changes here. 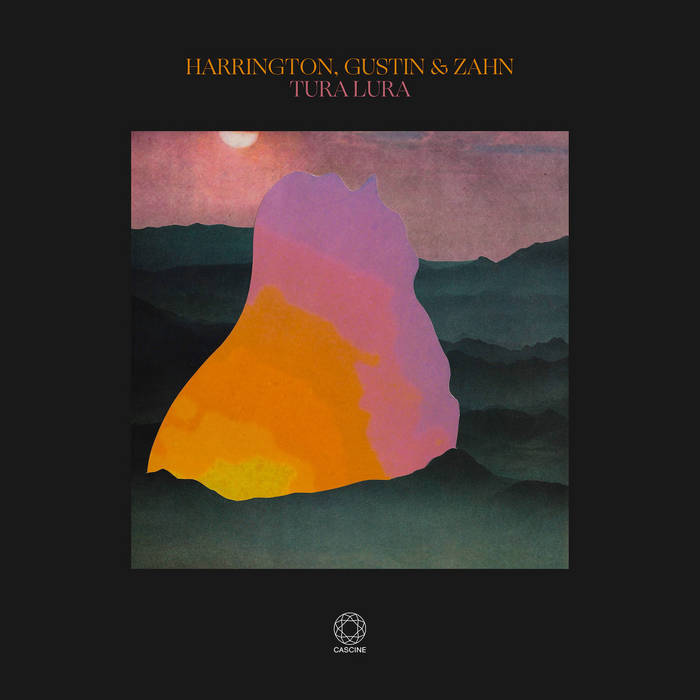 Harrington, Gustin & Zahn is the collaborative project of Dave Harrington, Jeremy Gustin, and Spencer Zahn. The trio is releasing a new album, Tura Lura, along with the following statement:

"It’s nice when you don’t really start a band — it just kind of starts itself. After years of playing together (mostly with the improvising collective Exo-Tech and, later, in Dave’s Merry Pranksters band) we found ourselves planning a recording. An impromptu debut as a trio opening for Exo-Tech at Arts Centre Melbourne in Australia inspired Jeremy to start booking us regular gigs as a trio, much closer to home, at Bar Lunático (Dave could actually walk to the gig from his old apartment). Founded and run by musicians, Lunático became not only our little incubator, a place for undirected research, but also a good excuse to hang out and play, and see friends. It’s that kind of room. Often, Jesse Harris (a close friend and collaborator of Jeremy’s) would come and hang at our regular gigs. At one point the idea got hatched of going out to his house by the ocean, where he has a small studio setup, and recording an album—think Big Pink but with views of the water and just enough room for a trio. Not just looking for a pretty view and an escape from the city, we were excited because Jesse wanted to produce the session. His deep understanding of the jazz vocabulary that we are always circling but never quite speaking (musically at least) was invaluable. But most important was his sense of restraint, and comfort with, simplicity and space—he’s the master of a good song. It inspired us to take it easy, wait for the right moments to open up, play, and listen to each other and the room we were in. We brought our friend and master engineer, Phil Weinrobe, with us to record (we also happen to like hanging out with him), and that was it — the record was made in a long lost weekend quietly last summer. We wanted to make music that spoke to the sociality and looseness that permeated our Lunático sets, but was also considered, honed and welcoming to the listener; something good for quiet headphones and also to just put on while you’re puttering around the house. It’s the sound of the three of us being ourselves with each other: talking, thinking, laughing."

Bandcamp Daily  your guide to the world of Bandcamp